Calla lilies are some of the most unique and alluring flowers for their classical elegance and curious trumpet shape. With their delicately curved petals, these unusual blooms are unlike any other flower. Despite their uniqueness, the calla lily is recognizable and has been a popular flower since time immemorial. With its grace, simplicity, and versatility, it is no wonder this timeless beauty is so beloved and one of the most highly sought blooms. 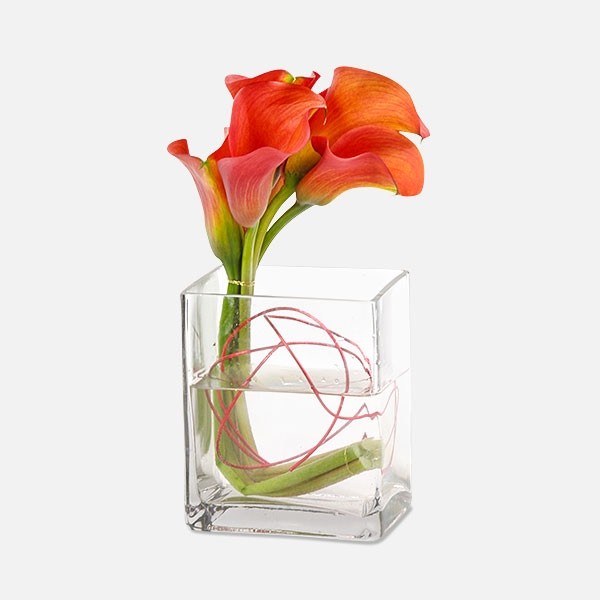 This beautiful flower carries with it a truly unique flower form. The flower itself is known for its sleek and elongated petals, the stark yellow spike in the center, and its deep green foliage. While not technically a lily, the name lily seems to have stuck, as it is also commonly referred to as the Trumpet lily. While trumpet seems like the perfect name to honor its shape, the word “calla”, meaning “beautiful” in Greek, certainly speaks to the sheer beauty of the calla lily.

While native to parts of Southern Africa, this hardy flower can also survive colder climates and even withstand the frost, making it a favorite to grow in the cold-temperate regions of the world. These easy-to-grow flowers are often grown from either bulbs or rhizomes, and don’t just make a magnificent addition to garden beds, but also make excellent houseplants. Calla lilies are often sought after by flower enthusiasts and gardeners alike. The elongated blooms are sleek and graceful, adding a certain classic minimalist look wherever they’re found.

While calla lilies are most commonly white, they can also be found in many different colors. Also coming in rich colors and shades of oranges, pinks, reds, purples, greens, yellows, and even black, the calla lily would look beautiful in almost any floral arrangement. Calla lilies symbolize beauty and magnificence, but each color also comes with its own depth of meaning associated with the color itself.

The calla lily is truly a special and significant flower that conveys a wealth of meaning and symbolism. As these flowers are featured in myths and religious artwork throughout the ages, it is no wonder that divinity is one of the meanings calla lilies exude. In mythology, they are connected to the Greek goddess Hera. Legend has it that calla lilies grew on the earth in the places where Hera spilled drops of her milk while nursing Hercules. Similarly, these flowers were classically considered so beautiful that there are even myths about the goddess Venus becoming jealous of their beauty. The divine calla lily also tends to appear alongside images of Mary in religious art.

Symbolically, the calla lily brings with it a breadth of meaning. Aside from being a symbol of beauty, magnificence, and divinity, calla lilies also symbolize purity, romance, and faith. The different colors of calla lilies also come with their own special significance. Yellow generally means gratitude and forgiveness, while purple represents royalty and mystery. As calla lilies are a stunning spring-blooming flower, they also carry with them the symbology of youth and rebirth that is also associated with springtime.

When to Use Calla Lilies

Thinking about adding these timeless beauties to your next bouquet? You can experience calla lilies in all their glory by visiting one of our floral cafes or by ordering one of our special calla lily arrangements. Our Alani arrangement is especially captivating, featuring bright orange calla lilies in a crystal clear glass vase, truly giving these exquisite flowers the chance to shine their brightest. With all their elegance, beauty, and timelessness, calla lilies are truly a flower that one adores and remembers.